“No one ever steps into the same river twice. Maybe not. But you get your feet wet all the same.”
~ Lacy Evans, who’s never really been in trouble . . .
until now.

"Home is where, when you have to go there, they have to take you in. So they say," Lacy Evans muttered. "But they don't say you have to like it." 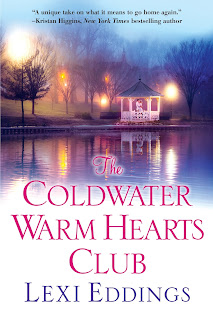 "This story will tug at your heart as a maligned heroine comes back under a cloud of suspicion and a damaged war hero helps her find a new happy ending." - RTBOOKReviews

"The quirky characters, a minor mystery and the down-home feel in the first installment in Eddings' Coldwater series will delight readers looking for a sweet small-town romance." - C.L. Quillen, Booklist 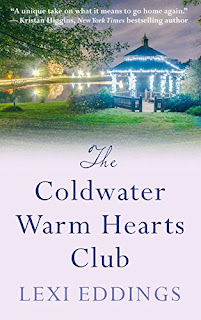 Do you appreciate large print?

The Coldwater Warm Hearts Club is now available in hardcover!

I love the characters in this story and can't wait to share them with you. They're all dealing with some pretty tough issues, but they don't lose sight of what's really important. This story is about discovering where home really is and finding that one special person you want to share it with.

Speaking of sharing, please sign up for my newsletter so you'll be eligible for contests and special offers. 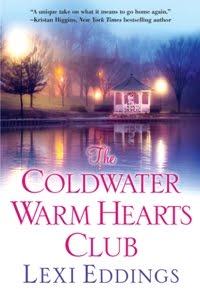 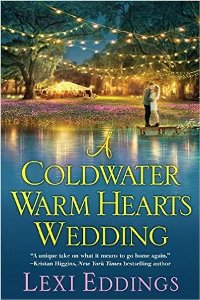 "Sure to appeal to fans of Debbie Macomber and Susan Wiggs...a perfect read for a quiet afternoon!"